I haven't always been a Superhero. You could say I stumbled upon it by accident.

[Caution: the following contains many superlatives]
Yes, I stumbled upon my Superheroism much like you may do while stumbling across your bedroom floor semi-naked (one and a half socks are on), whilst sporting an inconvenient morning glory, with one leg in the pair of the pants you are trying to put on and the other leg stuck in the same pant leg as the smarter-already-dressed leg is already in.

In fact, that is exactly how I stumbled upon becoming a superhero. Except, the pants mentioned above were tights. Not tight. Tights. Though, by definition, the tights were tight. It was dark and I was attempting to get dressed for work in the fashion described above. In the fashion of my workplace.

At the time I worked in the ballet industry.

Having dreamt of one day becoming a Prima Ballerina Assoluta ever since I was but a little Ballerino, my lack of poise, balance and dancing ability was always going to count against me. And did.

I was known by my tutu-attired colleagues, who didn't tippy-toe around my feelings, as the Corpse de Ballerino-no-no! A clever little bit of ballerina wordplay at my expense that we spent many hours laughing at whilst inhaling a lunch of lettuce and air.

I was, however, good at one thing. Falling on my face. No matter how much damage I seemed to cause myself during dancing practice, warm-ups, stretches and removing my tights to go to the toilette, I never broke, snapped or even bruised anything. I was indestructible.

And so I earnt a living as the test-throw-dummy for the other ballet dancers to practice on. It wasn't the dream I had envisaged for myself, but it put food on the table, and helped pay off my mounting debts to the mob - I had a debilitating addiction to LEGO that I couldn't kick.

As I was being flung through the air in another failed attempt at a saute-double-somersault- with-batterie-to-assisted-sobresaut-to-vole-and-(attempted)catch, I caught a glimpse of my lycra-clad self in the mirror as I landed across the floor like a bowl of spaghetti (presumably, the meal was served lukewarm at best to an agitated customer who had had a rough day at the office - his bosses wife had been experiencing troubles at home and was taking out on his staff - and, when being served a below-par meal, this tipped him over the edge).

It was at this moment it dawned on me that this unbreakable gift that the Lord had bestowed upon me was a Superpower that I should use for good. That, and I had made the coincidental mistake that morning of getting dressed for work in the wrong order, with my underpants on the outside of my pants.

And so the latest Superhero was born.

But first, like all good Superheroes, I needed a name. I got  straight to work with my butler...
(oh yeah, did I mention I had a butler? Like all good Superheroes they need a sidekick in the form of a weapons specialist, butler, awkward and lesser-powered superhero, midget, animal or etc., and so I chose a butler. I hired one only moments before, but could only afford to pay him for 2 hours per week. For now, that would have to do)
...and after many minutes we nailed it. From that moment forth, when battling evil in the search for justice, I was to be known as The World's Adamantine Tool. Or, in short:

I got an iron-on logo made up immediately, stuck it to the chest of my unitard, and set off unto the night in search of injustice to ... un-injust.

In no time I set upon a mob of thugs attempting to steal a purse off an elderly lady. I pirouetted to her defence, placing my lycra-clad self between the thugs and the defenceless little old lady. And there my first superhero situation went down a little something like this:

It was during the 43 minute beating that I realised this Superhero gig wasn't my scene. Sure, I escaped with no damage - no broken bones, no bruises, no blood in my urine - but I realised that I could feel everything! Every. Single. Kick. Every. Punch.

And it bloody well hurt!

Not being a quitter I swung by The Avengers HQ to see if they had room for another Superhero. The Black Widow greeted me at the door. I asked her if they had any openings. She asked who I was supposed to be. It wasn't long after the words "I am the TWAT Man" spilt forth from my lips that her right palm slapped me upside the face. Once again, no damage, just excruciating pain. I saw The Hulk walk passed down the corridor - he was laughing to himself and shaking his head at me. He had seen the whole thing.

Now was the time for quitting.

I went home that night, took my undies off, then my tights and threw them in the fire.

I woke up lying naked on the floor next to the fireplace a few hours later having passed out from dioxin poisoning.

Thank YOU for reading or, at the very least, scrolling to the bottom.
Please leave a comment and my trained monkey's will get excited and respond in kind, or unkind.

I like words. This here is my attempt at putting some of them next to each other. If you take offence at any of the word formations, please don’t. If you insist on being offended despite my advice, quickly send this page to all of your friends, slap yourself upside your head and stop reading it. Or, if you have a more pleasant way of arranging the words you took offence to, please submit to respect_da_peace@hotmail.com.

Anything at all important, interesting or funny found on this page has been included by error. It is a simple shamble of fantasy and disillusioned reality.

He whom never existed 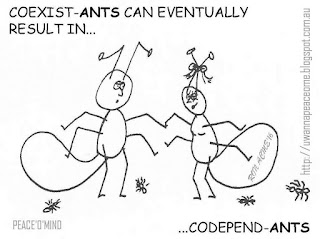 Annal Passage of My Works

All content on this page is my own. Use or publication of any of my material without prior approval is not allowed, and will face a mandatory fine - you will owe me $2Million, a never ending supply of choc mint cheesecake (strictly cold set only) and a monkey-butler.
If you wish to use or publish anything on this page please seek my prior approval (and I would also suggest you seek medical help)